Apparently, science backs up claims by Aubrey Marcus, founder of Onnit, that his product Alpha BRAIN really does help the brain function at a higher level. Onnit makes Nootropics; substances developed or found in nature to enhance mental performance in a variety of ways. As for Alpha Brain, there could be some surprises in store, even from the first time you take it.

First, let’s look at the topic of nootropics. In a general way, lots of people take them without making a connection between mental agility or alertness and their daily cup of coffee. Caffeine and nicotine are both stimulants and each one has been attributed with the ability to sharpen focus and concentration.

Many people take either of these substances before exams or when puzzling through a difficult problem at work. Performers and athletes use these substances to feel quicker; more alert; and to enhance their energy levels. There are natural nootropics found in foods and drink but also drugs which can be injected in order to achieve immediate uptake. 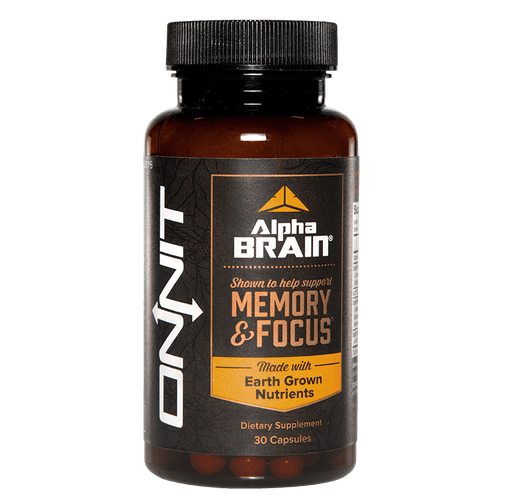 Scientific studies performed at the Boston Center for Memory show that you might experience benefits from taking Alpha BRAIN as soon as you take it. This could mean you remember things more clearly like the answers to quiz questions, what you ate for breakfast yesterday, and more. It is hard to determine how long this focus lasts, but the effect has been recorded.

Marcus states that he prefers Alpha Brain over coffee because there are no stimulants in it, yet he says it stimulates neurotransmitters — connectors in the brain that send information here and there. How you can stimulate anything without being a stimulant is beyond me, but what he might be saying is that it does not have the effect of making you jittery or addicted.

He also points out the value of using Alpha BRAIN to get ahead of competitors, insisting that everyone competes. This is probably true, even if you are only in competition with your own best score or fastest race. For hard-core athletic, academic, or professional competition, everything that might help you get ahead legally is worth trying.

This list has elicited some controversy. Certain scientific studies assert there is no proof that Bacopa Monniera, Cat’s Claw, Huperzia Serrata, and other elements of Onnit Alpha BRAIN actually do anything to improve brain function. Their studies suggest you would do just as well with a cup of coffee or getting more sleep at night.

Onnit says that Bacopa Monniera is an Ayrurvedic staple used to enhance memory and to improve life expectancy. Cat’s Claw acts as immune support while Huperzia Serrata is famous among those in the know for opening plugged receptors. Oat Straw relieves brain stress and fatigue.

In other words, these are natural remedies used individually by societies around the world for the purposes listed above, now brought together to kick your brain into high gear. There could be side effects, most likely if a person is allergic to these ingredients or the gastric system becomes uncomfortable, but they are otherwise safe when used as recommended.

Should You Buy Onnit Alpha BRAIN?

I’m inclined to think that special products aren’t necessary to improve brain function; that most of what we need is found in a healthy lifestyle. Active consumers who eat properly, including probiotics in their diets to encourage the digestion of Omega vitamins and amino acids, also sleep well because they aren’t uncomfortable.

A brain-healthy lifestyle involves regular exercise for the body and the brain. There is probably no need for the average person to do more than adjust a few meal plans and add the Times Crossword to their daily routine in order to enhance cerebral activity.

Adding vitamins might be worthwhile, but only if one’s digestion is functioning in order for the blood to absorb nutrients and thereby support the brain.

Nowadays, many people are busy and unfortunately aren’t always able to eat exactly how they’d like, myself included, and so adding a supplement like this may be something that works for you. They do have quite a lot of research and evidence to back up Alpha Brain, and so if you are looking for a naturally made nootropic supplement that you don’t need a prescription for, check out Onnit’s Alpha BRAIN.

The Biology Of Cardio: What Happens When You Improve Cardio?