A couple of days ago I ordered some Uvex Blue Blocking Glasses for sleep on Amazon, and I just got them. If you’ve seen any of my videos that I’m doing to track and report on my personal journey towards better health and fitness, you might recall that part of this path includes my drinking a lot less alcohol.

For close to – or over – 20 some odd years, I’ve had more than my share of red wine. I was drinking it pretty much every night.

I never had trouble sleeping before… until recently. I have attributed my recent insomnia to a number of things, including menopause, thyroid problems, etc.

Then, as I began cutting back on the alcohol consumption (which I began in earnest 2 months ago), I thought, “perhaps it’s because I’m not ‘self medicating’ myself to sleep every night!”

But, the more nights I went without falling asleep – sometimes for 3 or more hours – I started to doubt that it was simply that I wasn’t drinking as much.

To be sure, the bed in our rental unit isn’t the most comfortable – it’s a little soft for my liking – but I don’t think that’s it.

I wondered if it might have something to do with my workouts, but then I figured that after a good workout during the day, I should be more sleepy.

While reading “Becoming Supernatural,” Dr. Joe Dispenza’s latest book, I got to a chapter about the pineal gland, and its role in melatonin production. 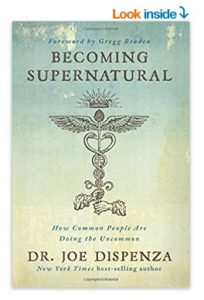 As it turns out, melatonin is one of the hormones that regulate our circadian rhythms (among a lot of other things). As I read that chapter, I suddenly remembered reading an article talking about how sitting in front of a computer at night could also mess with our circadian rhythms and melatonin secretion due to the blue light emitting from the screen.

And, it made a lot of sense. Think about it: we are pretty much used to being awake and moving about during the day, when the natural light of day contains those blue wavelengths which help keep us going.

It’s a different story at night when normally we’re supposed to be slowing down and getting ready for that restorative and beautiful sleep (that has been eluding me lately).

I spend a lot of time in front of the computer at night. Right now, in fact, as I type, it is 8:20 pm. It’s dark out. I’ll be on this computer for at least 2 more hours tonight. And that means more blue light coming at me from the computer screen.

So, it wouldn’t surprise me one bit if the blue light at night is messing with me.

That article I mentioned talked about a few other chilling connections between blue light exposure at night and health. The author mentioned some research that suggests (possibly, not definitively) a potential connection between nighttime blue light exposure to “some types of cancer, diabetes, heart disease, and obesity.” (Source: www.health.harvard.edu/staying-healthy/blue-light-has-a-dark-side)

Why Not Try Blue Blocking Glasses For Sleep?

One tidbit of research led to another, and then I remembered that Martin told me he had purchased a pair of Swanwick Sleep Glasses – “Swannies” on Amazon since he, too works on the computer late into the evenings.

I looked up the Swanwick Sleep Glasses, and as you can see HERE (on Amazon), they are about $69 (less expensive than they were when he first bought them, but still a bit out of my price range).

But, I wanted to try this. I’d rather have my body regulate melatonin without having to see a sleep doctor or take a melatonin supplement.

After a little while, I came upon Honeywell’s Uvex S0360X Safety Glasses that seemed to have what I needed in the coating. And they were only about $10 each (I bought 2 pair so that John could try them too).  (Click the image to see them on Amazon – article continues below)

I had to get something that would fit over my prescription glasses, so I got these big clunkers.

I ordered them on February 28, 2018, and they were delivered by Friday, March 2nd. Here’s the whole video that talks about this, along with the “unboxing” of the glasses.  You can buy glasses online at this link.

You’ll notice that they are pretty large. I’m wearing them as I type, and they feel “big.” There is a little sliding on my nose. If these things work, I’ll likely buy another pair – maybe clip-ons, just so I don’t have the second pair over my glasses (although after about an hour of wearing them now, I’m not noticing the sliding as much).

One of my issues is that my regular glasses are already pretty heavy due to the Rx.

To be sure, Martin’s Swannies are better looking than the ones I wound up with!

But, first things first. I’m game to try this with the less expensive pair for a few days. The Uvex glasses were certainly reasonably priced, and worth the price of admission so that I can honestly do a blue light blocking test, and note my results.

According to some of the reviews on the Amazon listing, they seemed to be working for others. And, one of the first reviews that I saw spoke about the same issue I’m struggling with. Worth $21 (delivered, including tax) for both John and me to try them?

I will be checking back in here with a “Part 2” of this experiment! Stay tuned!