There are very few people in the world that don’t listen to music of some type. Most people tend to gravitate towards genres that make them feel good, and the types of music that lend a sense of fun into everyday life. It’s not uncommon to feel sad and then hear a song that has an upbeat style that literally makes us forget we were sad, in fact, some songs can make us want to dance. 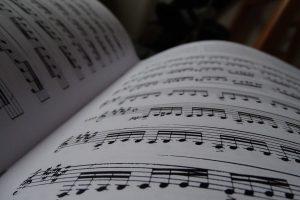 Music can also make us sad, especially when we hear a song that brings back memories of things that have caused us pain.

By considering that music has the power to both uplift us and make us sad, it should come as no surprise that certain sounds such as the Solfeggio frequencies can have beneficial powers of which we may have previously been unaware.

Solfeggio frequencies may have a direct relationship to everything, and everything we know exists as matter, which exists through energy and vibration. Everything we see and even the things we can’t see, such as the cells inside of our bodies all vibrate at their own frequencies. It is said that the entire universe is made up of rhythms and tones as a result of these vibrations.

Solfeggio frequencies are found in ancient sacred music such as the Gregorian Chants. It is thought that these frequencies have even been depicted in the Bible and are traceable to a medieval hymn created for John the Baptist.

A Benedictine monk named Guido d’Arezzo (c.991 AD-C.1050 AD) developed the original Solfeggio scale. Back in that era the scale was used to learn different chants and songs more easily. Modern times still recognize the Solfeggio scale in music and have assigned each note to the syllables Do-Re-Mi-Fa-So-La-Ti.

Back in the mid 70’s a physician named Dr. Joseph Puleo discovered six electro-magnetic sound frequencies that he related to the syllables found in the hymn to St. John the Baptist. Dr. Puleo had a vision that led him to what is called the Pythagorean method of numeral reduction. It is through using the Pythagorean method that he found the pattern of the six repetitive codes in the Bible in the book of Numbers.

By continuing through the Bible verses Dr. Puleo continued to find a pattern in each of the verses and discovered that each ancient syllable had immense potential. Solfeggio notes were then thought to be the way for people to open up and communicate with their creator. Other researches along with Dr. Puleo closely studied each syllable and discovered that there was more to these sound syllables. A sound therapy pioneer named David Hulse described the Solfeggio notes in a specific manner, which gave more credibility to Solfeggio frequencies.

The Tones and their Purpose

The following list of tones shows their purpose and power that are said can be harnessed to do miraculous things.

UT-396 Hz- is known for helping us turn grief into joy and liberating us from fear and guilt
RE-417 Hz- facilitates change and undoing situations
MI-528 Hz- repairs DNA, miracles and transformations
FA-639 Hz- focuses on current relationships and connections with spiritual family
SOL-741 Hz-relates to solutions, expressions, solving and cleaning
LA-852 Hz- returns us to spiritual order

Sadly, all of the comfort and miracles brought to us through the Solfeggio frequencies were once lost throughout time and through the modifications made to modern tuning practices. The Twelve-Tone Equal Temperament was adopted in western culture during the 16th century and is still used today. Unfortunately, today’s musical scale is severely out of sync with the healing notes found in the Solfeggio frequencies. Thankfully, many people still believe in the healing power of these precious tones and their ability to bring peace and harmony into our lives. 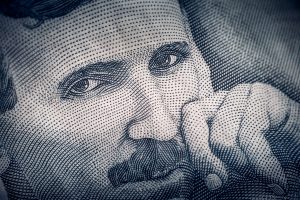 According to Nikola Tesla the magnificence of the 3, 6, and 9, hold the key to the universe. Coincidentally, the 3,6, and the 9 are actually the root vibrations of the Solfeggio frequencies. Even Einstein is reported as stating something along the lines that matter is energy (there are a lot of different quotes attributed to him – including this one here from a class at Arizona State University).

He went on to discover that all beings vibrate at their own specific rate and every single thing has its own melody. In fact, scientists have gone on to prove that there is a musical nature found in nuclear matter ranging from atoms to galaxies.

When considering all of the history and the scientific discoveries behind frequencies, it is no wonder that people are waking up and starting to wonder what are Solfeggio frequencies, and what these beautiful tones can do. Why not give it try for yourself, and listen to some healing frequency music today and perhaps you too will experience a journey that will put your body into a perfectly balanced state of being.

Listen to it daily to find healing and harmony, and before long you too might feel the benefits of health and an overall greater sense of well-being. Of course, as with any other thing, learn about what it has to offer before deciding if it is right for you.

Admin Note: Thank you to our guest poster, Laura, for researching and writing this article!