Now a decade old, Bruce Lipton’s book The Biology of Belief still elicits extreme responses from readers. They range from calling the author a charlatan to lauding his readable narrative. Bruce Lipton, PhD, has his own website so you can read about his books and his life.

There are also reviews on other sites where readers share honest opinions about the text and how they came to their conclusions. Any study which connects science with spirituality is always going to attract a lot of excitement and flak, something Lipton was probably aware of before writing about cells in his unusual manner.

The idea was and remains simple: cells are not just blobs; they are a lot like people. Cells are similar to microscopic humans. You can read an extract from his book before purchasing the whole thing and there you see him get right to that point: that suggesting such a thing is the equivalent of heresy in a scientific context. You don’t talk about single-celled organism as though they are intelligent; at least, most serious scientists would not do that.

Where It All Starts

Lipton begins his book with a class he took in the Caribbean. He is addressing medical students who are not exactly the cream of the crop; all of them adults, of course, but some of an age when one can expect to settle down with grandkids, not take up a new career.

Geneticists have been arguing for a long time that genes control the body, mind, and behaviors. They believe these are inherited and random. Genes will mutate and the result might change a little, as in cases where three people suffer from the same illness but different severity of that illness. Their genes do not completely change. He is talking about epigenetics. 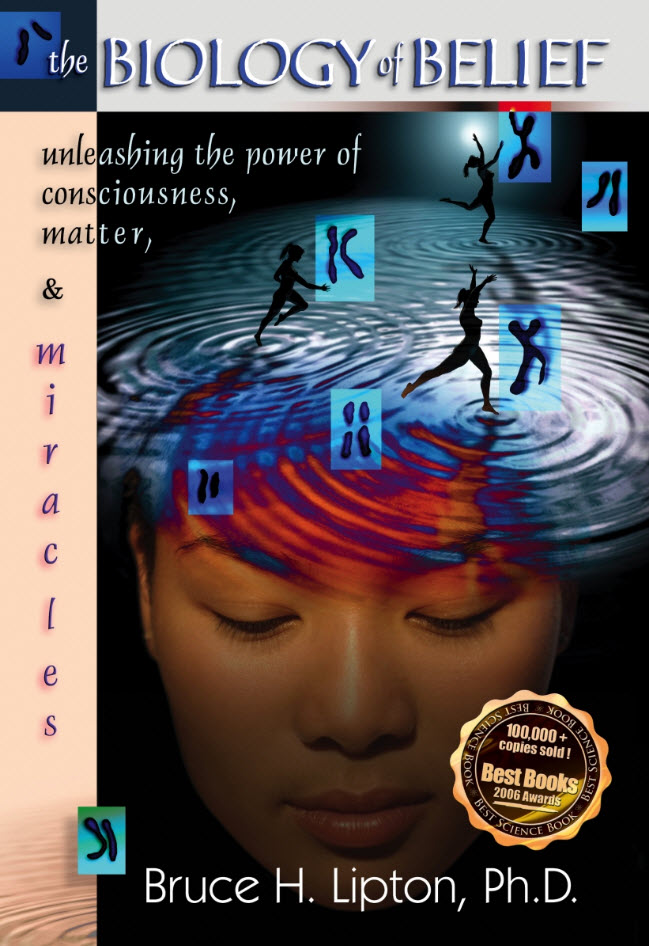 Unless you buy and read the book, the whole story is not available, but you can get a gist of what this professor is talking about from reviews. Lipton connects his studies in stem cell biology with the spirit. In fact, he apparently discovered spirituality and happiness by exploring this very topic.

When you look for this book from an online bookseller or try to find it in a second-hand store, it’s not immediately obvious which section it should be located in. Is this a scientific text or a spiritual one? Maybe Lipton is unable to disentangle them.

The trouble with this view appears to be that genes should uncover why we are spiritual people, not help us to believe in a higher power. Scientific studies begin with an idea; with a person making a statement and proving it to be true through the discovery of supporting evidence.

Occasionally, scientists even prove their theories wrong by way of the same process and are willing to admit as much. Instead, the evidence told Lipton that scientists were looking at the world from the wrong angle.

Through this alternative lens in our inner world he believes it is possible to discover the truth; that only a higher power could be responsible for who we are. Clearly that goes against everything a staunchly empirical individual is willing to credit.

Whatever opinion you hold of the topic, Lipton’s writing style takes a dry subject and makes it readable in a similar way to Bill Bryson, only not quite as crisp. Bruce Lipton could be more succinct, but this is definitely a world away from the torturous reading material you are undoubtedly familiar with from high school or college.

Whether you are a medical student or just curious, it will take long to read through this text and to form your own opinion about Bruce Lipton’s findings before passing it on to a used book store.