A plant known as marijuana, Mary Jane, weed, and many other aliases is responsible for a lot of harm in society, but it also does a lot of good. Numerous people smoke or consume it openly and proudly even though an entire sector of society regards marijuana with as much fear and distaste as they do meth and cocaine.

An electronic industry has grown in response to its newly legitimatized use. A sector of the public needs marijuana to cope with pain, having discovered that other painkillers are not appropriate for them. Still, the negatives are real and, in some cases, devastating. 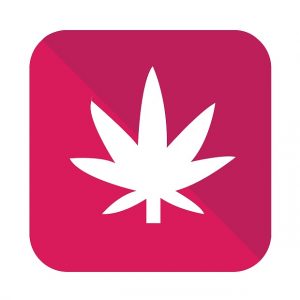 Marijuana is derived from a distinctive-looking plant: hemp. Using, processing, and selling marijuana is still illegal in many states US-wide and around the world. Hemp’s applications are wide-ranging; it is used to make rope, clothing, and soft accessories like wallets.

Thousands of Americans, however, smoke or eat this drug which contains THC. Alarming reports show that THC — the active component – is far more concentrated in modern weed than it was during the 60s and 70s when it first came to fame.

In spite of its increasing potency, marijuana remains the most popular illegal drug in America and throughout Canada as well. British Columbia, the western-most province of Canada, is famous for producing what they call “BC Bud.”

Judging by the huge numbers of young people picking up their first joints in high school, education around the effects of smoking dope is lacking in the home and possibly schools. It is likely, however, that the sight of famous figures smoking the stuff and their attitudes are highly influential to this age group’s perception of marijuana’s dangers.

Young people do not see the risks or do not believe the negatives they hear. Many people in their lives smoke or eat it, apparently without consequences. One must wonder, then: why would I want to take this drug if it doesn’t do anything to me?

Make no mistake, smoking weed creates a sense of euphoria, undermines common sense, and enables people to do things their inhibitions would ordinarily stop them from doing. In an age-group where the foremost part of the brain (the decision-making part) is still developing and among teens who commonly make poor choices during this developmental stage, inhibitions are a good thing. Without at least some clarity of mind, imagine how many more silly and scary things teenagers would do.

Medicos see more kids in hospital today than ever because they have used marijuana. Whether the drug is responsible in itself for a health-related cause or usage led to activities which sent someone to hospital, weed comes into the picture.

Smoking dope can make a person feel very happy or sedated, but it can also cause problems such as anxiety and hallucinations. The most severe consequences are frequently traced back to smoking or eating too much. Consumers generally report a feeling of happiness, but the drug can also either cause little or no reaction in certain individuals or a negative response.

Consumers scoff at the notion, but smoking weed sometimes contributes to psychiatric episodes. It’s not the cause of a major personality or anxiety disorder, but someone already prone to hallucinations is more likely to experience something frightening while smoking the stuff.

Prolonged use of this drug could also lead to a sense of malaise. The regular world is not a joyful place much of the time unless one finds another route to joy which does not come from smoking or eating a drug. Eventually, one cannot cope with life any other way.

Drugs like this one become essential and, potentially, more potent drugs will be needed to achieve the desired sensations. Addiction is uncommon among users, but there is evidence that individuals can become reliant after a period of time. It’s a good thing marijuana is not cheap.

Once the barriers are down, people tend to become relaxed about these things. Don’t forget, too, that this drug suppresses activity in the frontal area of the brain where one makes decisions. If this part is already going through adjustments in a young individual, someone with a mental health problem, or with a brain-damaged person, it is no leap to imagine this person giving in to the temptation to try LSD, heroin, or meth.

Studies indicate it’s unusual for marijuana use to give way to meth addiction or cocaine abuse, but the ground is certainly prepared for addictive behaviors. Experts believe one’s situation is a more important factor: lifestyle, peers, and problems.

Marijuana is guilty by association where personal achievement and work habits are concerned. There are many legitimate studies which any sane person should regard with far more respect than the anecdotal assurances of a vape store owner, marijuana user, or drug dealer.

Yes, marijuana can wreck your life. Research has made a connection between this substance and under-achievement, employee accidents, and low income. There is a case to be made throughout America that if you smoke weed, you are probably an under-achiever. On the other hand, you could be a weed smoker because of other factors which also contribute to low income and low achievement.

Maybe the advent of marijuana as a prescribed pain reliever has caused the rise in vaporizer technology. Patients indicate that smoking the drug provides relaxation and relief from pain when narcotics aren’t working or they are not a long-term option. Extended use of this vaporized plant product is considered safer than extended reliance on oxycontin or morphine.

It is not as addictive and there are fewer dangers mentally, especially to a mature individual. Smoking anything is always dangerous as combustion and toxins cause cancer and lung disease. Vaporization has changed the way one consumes this product and makes it safer overall.

Companies like Arizer, Storz & Bickel, and Pax Labs have experienced a rise in business, thanks to this legitimate and legalized purpose (in some states) where consumers can openly consume the drug in order to relieve pain from an injury or surgery that will never heal properly or from a condition such as Multiple Sclerosis. There is also a growing movement towards the use of extracts from the cannabis plant, and there are many studies into the benefits, such as this article we recently wrote about the possibility that CBD may be able to heal bones faster.