Possibly the problem with modern diets is that consumers often need extra help fulfilling their bodies’ needs. Nutrition is available from real food, but only if that’s what you are eating.

Examining trends and health statistics suggests that fast food and snacks contribute to much of the western diet; that is, not enough fruits and vegetables. In the early part of the new millennium, dietitians learned about phytonutrients found in produce and they were able to spread the word to consumers.

When the world hears about some “new” discovery, scientific research has already been underway for some time. At GYV, they promise that years of work and acres of paper have been produced to this point regarding the topic of phytonutrients, where they come from, and what they do.

Science also supports the efficacy of their particular product. The GYV belief in BioGenesis and its health claims is backed by fact, not speculation or mere hope. 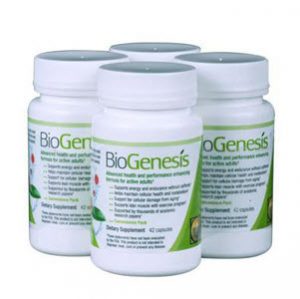 They aren’t jumping on a supplement bandwagon, waving their flag for phytonutrients so that customers caught in the frenzy of bottled health will purchase some doubtful elixir. Biogenesis was tested by a third party and GYV feels confident they are on to a good thing.

GYV reduces complex science to a relatable idea: colorful veg and fruit obtain their shades from phytonutrients. Without these tiny particles of goodness, food would all be the same color and not a very appealing one either.

In nature, it’s often the case that food looks appealing so that people will eat it. They are drawn first to visual aspects before smelling and tentatively tasting a new food. Children still perform this ritual as their great-grandparents and even earlier ancestors would have done in new locations as they settled throughout the world.

Phytonutrients energize individuals, help them to exercise longer, give them endurance, and promote heart health. A key feature of these particles is their ability to reduce and control inflammation responsible for many illnesses of the gastric system, arthritis, MS, and more.

Consumers are able to buy this product online in two formats. One is a single, 80-capsule bottle priced $79.95 or roughly $1 per pill.

Four bottles containing 42 capsules each create a more convenient format, but for the same price and 12 fewer capsules. Subscribe to monthly shipments and save $10 per bottle.

Readers will probably be surprised by the GYV background statement as it does not read like the typical health food or fitness supplement “about us” page. There is more of a financial feel to the background here.

Four Silicon Valley executives combined their interest in health and wealth to bring you this product. Their bios don’t say much; there’s a name and a photo. This section talks about providing a chance to earn money, presumably using the affiliate format.

Their commission threshold is low meaning you don’t have to sell hundreds of dollars worth of product (and there is only one product) in order to start earning. If only affiliate marketing hadn’t crept into the scenario.

This is where clients will be thrilled or turned off. Some will be excited that the brains behind BioGenesis are not fitness instructors trying to enhance their giant egos.

Consumers uninterested in ripped abs and huge muscles will be relieved to note that GYV doesn’t make promises regarding sports performance and athletic success. Their statements are simple, without unrealistic guarantees, but the few product testimonials were provided by athletic professionals.

If you look around, you can find some pro athletes that do endorse this, like Cat Zingano of the UFC:

Out here with in San Jose with @gyv_biogenesis . I gave an awesome speech last night about how it's impacted my life and healing (not to toot my own horn:) Happy to have found something so profound to help maintain some healthy ground with my physiology in agreement with MANY MANY other professional and Olympic athletes. #teamalphacat #Alphacatzingano #trainingcamp #trainingmode #healthychoices #biogenesis

Facebook would be the place to go in order to find out how this product has impacted the real world of ordinary people so far. The worldwide web and a trusted dietitian or other nutritional expert could also provide some insight into the topic.

For instance, if people have existed without processed phytonutrients for so long, why do we need capsules now? Is this yet another push to promote man’s evolution to a higher state of conditioning, one that will make just a handful of people wealthy?

Sold as capsules taken daily, BioGenesis provides the minute building blocks of wellness that were not known about when teachers began promoting a health diet of proteins, carbs, fruits, and vegetables. GYV, a company from San Jose, CA, seeks to give clients the gift of better financial and bodily health with their phytonutrient supplement for the future.