When a smoker has tried the following method of smoking cessation, you can guess he has probably tried just about every other possible method too. Hypnosis is frequently considered as the last option; the move of a desperate individual to be free of cigarettes, at last. What is hypnosis and how is it used to help smokers? Consider the facts and also some of the uncertainties associated with this means of helping smokers give up cigarettes.

Hypnosis does not have the respect of certain pharmaceutical techniques and products used to treat smokers. Wearing a patch to wean off of nicotine or chewing gum for the same purpose is not scoffed at unless by smokers for whom these products were unsuccessful. Quitting cold turkey is a more respected method as well. Most people simply do not know very much about what is involved with hypnosis which is not seen as legitimate, safe, or trustworthy by many. 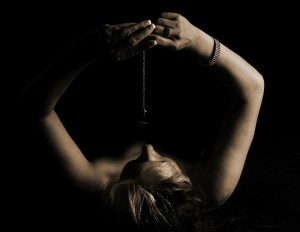 When one goes under hypnosis he is not asleep or knocked out. No drugs are involved. The individual is in a state similar to that of sleep walking when information can be absorbed but also focused. This person hears only the voice of the hypnotist, so there are no distractions.

The mind, not as preoccupied as it would be while awake, can take in information better. You might compare this with the brain’s ability during a dream to remember long-forgotten languages or facts which the individual forgets when she wakes up.

What the Hypnotist Says

Potential patients and curious by-standers want to know: what does a hypnotist say to a patient who wants to quit smoking? She plants a suggestion or association in the mind of a subject which, she hopes, will make the idea of smoking untenable when she wakes up from her trance-like state.

Apparently, the trained hypnotist will paint a sensory picture in which the individual feels pain associated with a smoking-related illness, is desperately thirsty, smells a nauseating aroma, or feels driven to associate smoking with something so negative it’s no longer appealing. Addiction or not, there is no way this patient will pick up another cigarette. In other words, the power of association is important to hypnotic suggestions and how useful they are to a person.

Who Can be Hypnotized?

Statistics suggest that most of the population is potentially susceptible to hypnosis. A significant contingent cannot be put into a trance, whether from unwillingness or some other reason. With these statistics, it is obvious that both men and women are successfully subjected to hypnosis.

Success of Hypnosis for Smoking Cessation

There is no conclusive evidence that hypnosis is a good method to aid smoking cessation. Reports by medicos and scientists indicate some skepticism in the medical community which is fuelled by a lack of results. Although research shows something important happens to the brain during hypnosis judging by that organ’s level of activity during hypnosis, science is unable to say exactly what the brain is doing. Researchers continue to pursue the subject in search of academic data.

Lots of quacks and pseudo-professionals tell you they can put you into a hypnotic trance. Do not buy into any of their schemes but approach a certified psychologist or psychiatrist. Do this for your safety and also because professionals can provide references from patients who have been treated by them for cigarette addiction.

Learn from past clients what their experience was. If you plan to try hypnosis, though, consider it as part of a plan which also involves patches, gum, candy, potentially counseling and/or prayer, help and encouragement from friends, exercise, a support group, and help from your GP.