The Fitbit series has provided a way for both fit and unfit people to track adjustments to their lifestyle and become reasonably, moderately, or seriously fit over time. With their step-tracking features and other high-tech possibilities, people around America have improved their health and lost weight. There is much more to Fitbit, however, than counting steps. Find out about heart rate monitors by Fitbit.

Fitbit of San Francisco, CA, was founded in 2007 by two men who saw a chance to help people achieve their fitness goals by monitoring their bodies without wires or heavy equipment; without hospitals or chest straps.

Now, nearly ten years later, they help people to live more fully and to realize their potential to enjoy life through a healthier approach to personal well being. They do not cater specifically to the seasoned athlete, although he or she can benefit from Fitbit products. At Fitbit, the target consumer is anyone who wants to set fitness objectives and needs a bit of high-tech support to meet them. 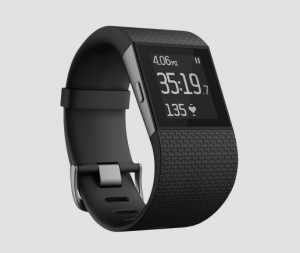 Meet one of the industry’s favorite HR monitors; a sensor you can read on a small watch-style screen while you run, walk, or vacuum the house. Determine your heart rate’s optimum target zone so as not to overdo things according to your weight, fitness, or age.

Data can be synched to Smartphone fitness apps by Fitbit which record and graph data week by week.

This one is a bit pricey at $249, but customers love it. Data and graphics are large and easy to read, much more so than on any other Fitbit device except the Blaze. 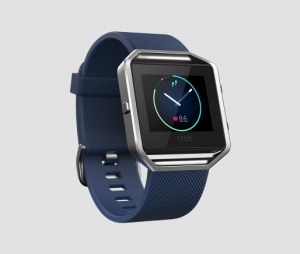 The price is no better ($249 once more), and accuracy is supposedly questionable in some situations. But for those who workout indoors in the gym and are not seeking professional intensity, this is a great little product.

Like the Surge, it tracks and graphs details in a format anyone can understand. The Blaze scores high points for precise heart rate monitoring at rest and also for its big display. Both of these can probably be found for less from competitive, authorized re-sellers. 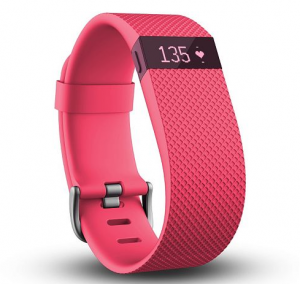 There are loads of products at Fitbit such as the Zip, One, Flex, and Alta. They do not track your heart rate; however, the Charge HR does.

Of course: the promise is in its name. This Fitbit product is available in several colors for about $200.

Monitors beneath the screen press against your skin to follow your pulse as you do anything: rake leaves in the garden, climb stairs to the dentist’s office, or carry groceries back and forth from the car to your kitchen. They also keep track of deliberate workouts such as a run or bike ride.

Consumers love that the Fitbit Charge HR automatically starts reading output as you become active, recording your heart rate, steps, how far you went, and how many calories you burned all day long.

These details scroll along a narrow OLED screen built flush with the strap, coming up in real time and recording details which are then synched to an app on your Smartphone.

The Charge HR turns itself off when you are at rest so as to preserve a battery which can last up to 5 hours unless you’re always moving. The Charge HR even lets you know when a call is coming in and provides ID if this is available.

Be sure to specifically buy the “Charge HR” as there is a Charge without heart rate monitoring available for about $150. Even though the addition of a heart rate monitor adds $50 to the full price, that’s still $50 less than the Blaze and Surge.